COIMBATORE: Skipper, a leading player in the PVC pipes business in Eastern India, has sets its foot in the North-East by commissioning its manufacturing plant in Guwahati. The unit, which has a capacity to manufacture 4000 tonnes of plumbing and agricultural pipes per year, has come up at Kamrup district near the Guwahati airport.

"North-East's extremely congenial and promising business climate was a driving force in making us the first national player to set up a manufacturing unit in Guwahati," said Devesh Bansal, director, Skipper. The fully automated plant will ensure ready availability and competitive costing of materials, he stated.


"This is a reiteration of our purpose and commitment of supplying products pan-India in a cost effective manner," he said. "Starting with a capacity of 4000 MTPA (metric tonnes per annum), this unit will propel Skipper gradually to become one of the leading PVC pipe manufacturers in the region and ensure the supply of quality PVC products to the North-East," Bansal said.


"The North-East market is important to our growth and we are looking at a 20% market share in the next few years. Through this set up, we are also hopeful of significantly contributing to the overall development of the North-East," he said.


With the setting up of this new plant in Guwahati, Skipper said it is supporting the Prime Minister's 'Make in India' initiative. "With this policy, India will be the next manufacturing hub and a competitive market globally," the company said.


Skipper currently has two PVC pipe manufacturing plants—at Uluberia in West Bengal and in Ahmedabad, Gujarat. Skipper said it will soon be commissioning plants in Hyderabad and Sikandrabad, Uttar Pradesh as part of its expansion programme.


Skipper has also entered into two separate partnerships with global giants such as Japan-based Sekisui Chemical and Netherlands-based Wavin group in order to bring world class plumbing system to the market. "Skipper's PVC business has been registering 100% growth and has already captured a significant share of the Eastern India market," the company stated.

Tweet
Read 3534 times
More in this category: « Hot Springs upgrading geothermal heat system Water Management Is Highly Energy Consuming -- But It Doesn't Have To Be »

We have 8 guests and no members online 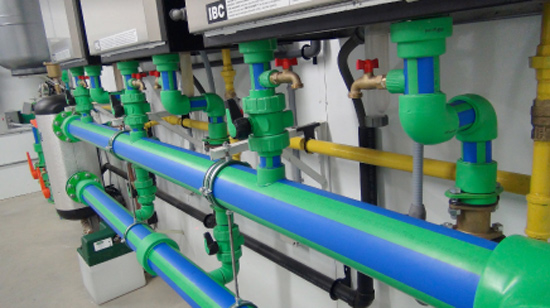